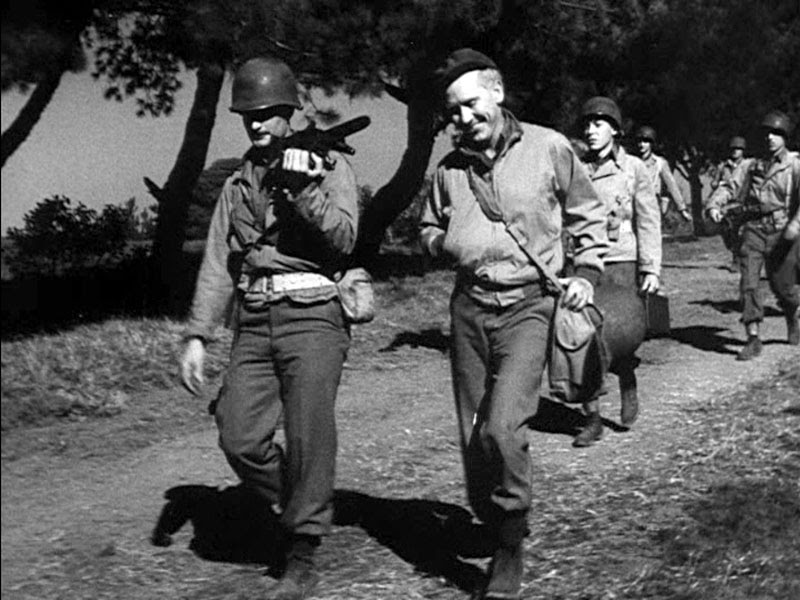 What movie?  It was directed by Alfred Hitchcock and was only his second American production (after “Rebecca”) and was released in 1940. The film has an incredible 14 writers which can be explained by the desire to keep up with current events during the filming. It was a critical and box office success. It was nominated for 6 Academy Awards including Best Picture (ironically, it lost to “Rebecca”), but won none. The events and characters are fictitious, but obviously Hitchcock meant it as a commentary on the storm clouds rising in Europe. It was dedicated to “those forthright ones who early saw the clouds of war while many of us at home were seeing rainbows…”
Posted by War Movie Buff at 8:32 PM