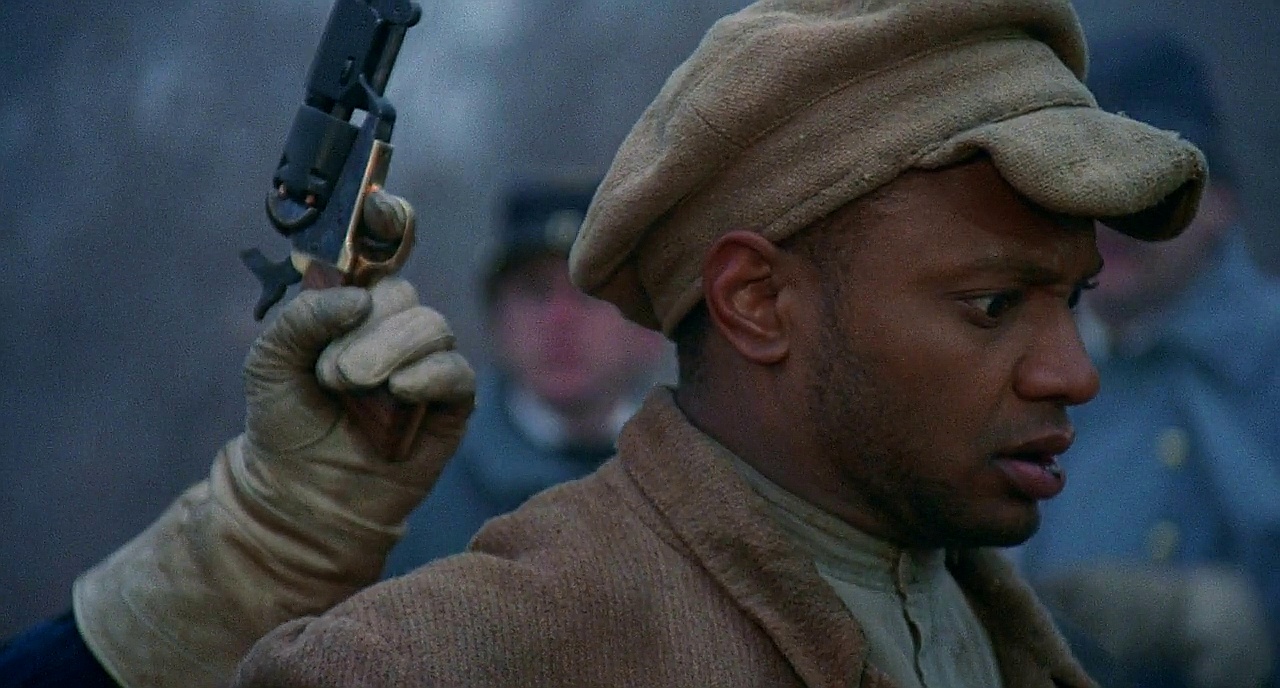 Man, that's the first time I ever seen a Texan beat himself to the draw.

It began as a TV miniseries produced by Ted Turner.  The finished product pleased the millionaire so much that he decided to release it to movie theaters.  It may be the longest American movie (254 minutes) ever to appear in theaters.  It appeared in a limited number of cinemas and did not recoup its cost, but the publicity was golden and when it was first shown on Turner Broadcasting Network, it was the most viewed basic cable program up to that time.  The movie is based on the Pulitzer Prize winning novel Killer Angels by Michael Shaara.  The title was changed to the battle name after it was discovered that potential viewers thought the original title indicated a motorcycle gang movie.  The National Park Service allowed filming on site, although much of the action was lensed at a nearby farm.    The film made use of over 5,000 reenactors.  There are also cameos by Ted Turner and Ken Burns.  Turner is killed during Pickett’s Charge (rumor has it by Jane Fonda masquerading as a Union soldier).  Burns plays an aide to Hancock.