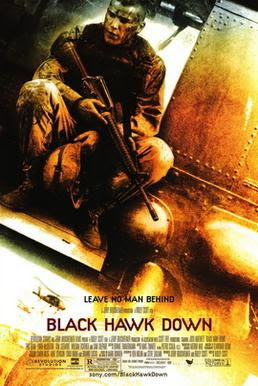 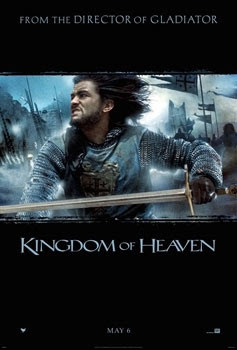 ACTING: Kingdom has an all star cast headed by Orlando Bloom as Balian of Ibelin. He is adequate in his portrayal of the saintly blacksmith turned warrior. The supporting cast includes Jeremy Irons (bringing gravitas), Liam Neeson (dead too soon), and Brendan Gleeson (chewing scenery). Strangely, arguably the best member of the cast (Edward Norton) spends the whole movie in a mask as the leperous King of Jerusalem. Black Hawk has a cast that would become all-stars. You will see many actors before their careers exploded. No one dominates and all are very good. It is obvious they went through some type of movie boot camp to prepare for their roles. Stand-outs are Eric Bana (the cynical warrior), Tom Sizemore (reprising his SPR role), and Sam Sheppard (as the brow-furrowed general). Interestingly, Orlando Bloom appears in both movies. In Black Hawk, he plays the cherry Blackburn whose fall from a helicopter starts the string of bad events. It’s the best performance of his career.

REALISM: Kingdom really struggles with plausibility. Balian is a blacksmith and yet with one lesson from his warrior father, he becomes a kick-ass swordsman. He is the only survivor of a shipwreck. He saves the life of a Muslim who turns out to be a noble who later returns the favor. When Saladin’s army arrives outside the dastardly Templar (Gleeson) castle, the King’s army arrives at the same time. Guy (the other villain) kills Saladin’s sister to ramp up his villainy. These are just a few examples of reality defying plot developments. I won’t mention that all the Muslims are good. Black Hawk is admirably realistic in its depiction of modern urban warfare. It is chaotic and hard to know what is going on even one block away. It is hard to hit a moving target in a combat situation, even the good guys miss a lot. The soldiers talk like soldiers and run the gamut of emotions common for units in combat. It also shows the modern command and control structure.


ACCURACY: Kingdom is actually based on a true story, but much of that story has been Hollywoodized. The inaccuracies are too numerous to mention. Here are some samples. Balian was not a blacksmith (he was an important noble) and did not hook up with Sibylla. Guy and Reynard were not Templars. Nothing happened to Saladin’s sister. Sybella was happily married to Guy. However, much of the seemingly bogus elements of the story were surprisingly close to the truth. The Battle of Hattin is handled well. The siege of Jerusalem, while not as short as depicted, was correct in that Balian was in command and did negotiate the surrender after threatening to destroy the city. The big complaint has been with the implication that there was peace between the Christians and Muslims that was shattered by Reynard and Guy. Black Hawk is based on the book by Mark Bowden. The book is highly acclaimed in its retelling of the Battle of Mogadishu. Bowden was hands on in the screenplay and the movie sticks to the book for the most part. It is about as accurate a portrayal of a battle as you can find. The Army was pleased with the final product. It accurately reflects the strategy and tactics of that mission. There are a few minor Hollywood revisions. For instance, Eversmann (Josh Hartnett) actually was evacuated before the night. Blackburn did not fall because the helicopter dodged an RPG.

ENTERTAINMENT VALUE: Both these films were directed by Ridley Scott who knows a little about giving audiences what they want. They differ greatly in how they attempt to entertain. Kingdom is more well-rounded in that it includes a romance, politics, villainy, and action. Black Hawk is a pure war movie. Not a single female speaks in the film. The action is exhilarating. It is suspenseful. It also has emotional moments (like the death of Smith). There is no romance (not counting bromance, of course). Since I am a guy, I would say Black Hawk is much more entertaining. I could see where a female might prefer Kingdom, even though it is not as good a movie.