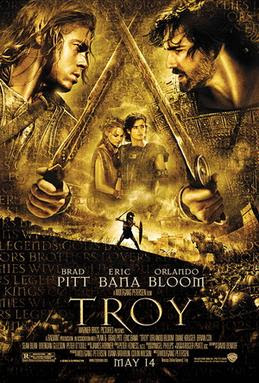 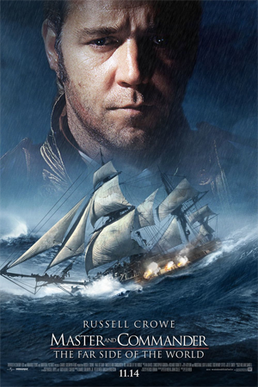 ACTING: “Troy” is a showcase for Brad Pitt as Achilles. However, the rest of the cast is strong and in some cases do a better job than Pitt (Eric Bana as Hector, for one). Each of the main actors portrays the personality of their character in a manner true to Homer. Even Orlando Bloom comes off well as the wimpy ladies’ man Paris. The female characters are weaker. “Master and Commander” is similarly set-up as a showcase for Russell Crowe as Capt. Jack Aubrey. His is ably balanced by Paul Bettany as the doctor and naturalist Stephen Maturin. The rest of the crew is outstanding. There is no scene chewing, which cannot be said for Troy.

REALISM: “Troy” is of course based on a legend, but in a bow to reality, the Greek gods are taken out of the story. The humans are more real than in Homer’s tale. Pitt’s Achilles may be the best killer, but he does not kill thousands. Achilles relationship with Breisias does not ring true. It’s your typical Hollywood “they hate each other so you know they will fall in love” relationship. Also, Helen is not beautiful enough to have sacrificed a city for. (Apparently Pitt’s contract insisted no one be more beautiful than him.) The armies are obviously CGI. “Master and Commander” is very authentic to life on board a warship during the Napoleonic War. Even the smallest touches are real. Aubrey is one type of British naval commander – the strict, but fair disciplinarian. The friendship of Aubrey and Maturin withstand their differences of opinions. There is no CGI, they used a real wooden ship. They even filmed scenes at the Galapagos Islands

ACCURACY: The source of Troy is Homer’s “Iliad”, but keep in mind Homer only covers about six months of the war. The movie is more a retelling of the whole war than of just the Iliad. No matter how you look at it, the screenwriters took major liberties with Homer and the legend. Leaving the gods out is acceptable, but changing the deaths of several famous characters is an insult to intelligent viewers. The ridiculous inclusion of a fire ball scene ala “Spartacus” hurts credibility. In fact, most of the combat is inaccurate as “The Iliad” has most of the fighting as duels between warriors whereas the movie shows mainly phalanx battles. “Master” is also based on fiction, but is much truer to the books than Troy is to the legend. Its depiction of naval life and tactics is very accurate. Particularly noteworthy is the separate lives of the officers and the crew. I could find nothing that was not plausible and I have read a lot on Napoleonic naval warfare.

ENTERTAINMENT VALUE: If you are not familiar with Homer or don’t care about Menelaus not surviving to bring Helen home (for instance), you will probably find Troy enjoyable. I guess you could argue that the “alterations” to the legend improve the story. Purists beware, however. It is definitely epic and it is probably more female friendly than Master and I’m not just talking about Brad Pitt’s ass. “Master” is more of a male-oriented movie. There are no female characters. However, it is not just action. The film has some terrific battle scenes, but it intersperses them with quieter moments of character development. It is well-rounded which actually means it’s slower moments might turn off action war movie fans. You cannot say that Troy is the best historical epic ever made, but you could argue that Master and Commander is the best movie about wooden warship combat ever made.